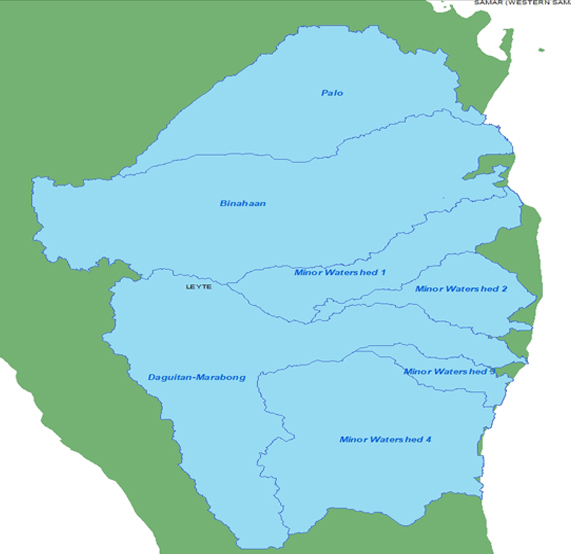 Leyte is the biggest province in Region VIII. It shares around 27% of the total land area and 44% of the total population of the region. Cluster 5 River Basin encompasses three (3) cities and sixteen (16) municipalities of Leyte Province with a total land area of 125,627 hectares. Large portion of the river basin lies within Burauen (21.2%), Ormoc City (10.6%) and Dagami (9.9%). Meanwhile, Tacloban City covers only 26 hectares of the river basin or is equivalent to 0.02% of the total area (Table 3). Municipalities that are solely inside the PRB, with no areas within the minor watersheds are Alangalang, Baybay, Jaro, Palo, Pastrana, Sta. Fe and Tacloban City. Meanwhile, there are no parts of Tolosa and Mayorga that are within the PRBs.

“A healthy watershed that sustains all life-forms and well-managed by empowered, well informed, united and disaster-resilient stakeholders.”